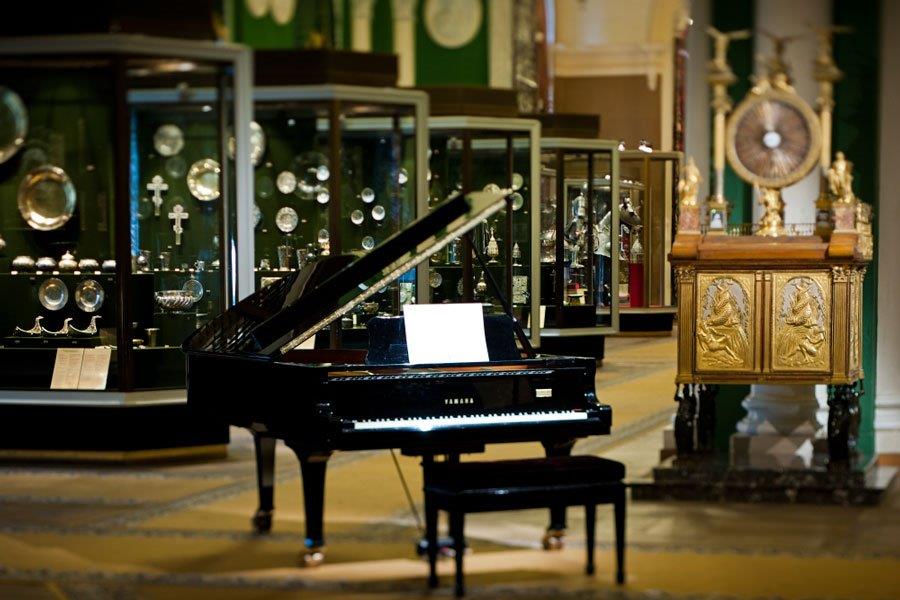 The opening of the festival will be dedicated to Sergey Diaghilev, legendary impresario, inspiriting Art Deco artists, and the initiator of holding the Russian Seasons in Paris. He was one of the prominent figures introducing Russian art and music to a European audience. The concert program consists of popular chamber works for piano, violin and violoncello, as well as of vocal works for bass selected from Fyodor Chaliapin’s repertoire. The concert will feature the soloist of the Mariinsky Theatre Askar Abdrazakov, chamber ensemble Brahms Trio, the International Tchaikovsky Competition winners Nikolay Savchenko (violin) and Kirill Rodin (violoncello), and the Laureate of International Competitions, a young pianist from Japan Kanon Matsuda.

The second show will present the most prominent Russian composer of the early 20th century - Igor Stravinsky. The Italian Suite for violoncello and piano from the ballet Pulcinella based on the music by Italian baroque composer Giovanni Battista Pergolesi will open the concert. Then the spectators will enjoy the piano transcription of three musical selections from Petrushka, one of the most brilliant of Stravinsky’s ballets, based on popular melodies of Russian city folklore. This theme is to be continued by Parasha’s Aria from the opera Mavra. The Two poems of Konstantin Balmont for voice and piano are written in the technique of melodic motifs in an impressionist manner. The Three Japanese Lyrics for voice and piano will become the token of respect to the Kyoto Costume Institute. They are followed by the Piano Rag Music - the Three Pieces for the string quartet. The composition Tango transcribed for string quartet by Wolfgang Birtel will transfer the public to the theme of the next concert.

The third concert presents a collection of musical tendencies arisen in the United States in the early 20th century which laid the foundation of jazz. This concert will familiarize the audience with another musical aspect of Art Deco. Popular jazz compositions will be performed by the Moscow Ragtime Band, one of the leading jazz bands in Russia.

The final gala concert of the festival will be dedicated to the European music of the 1910s-1940s, the period of the birth and flourishing of the Art Deco style. In order to present a synopsis of the music art of Russia, France, England, Germany, Hungary and Poland, not only famous pieces by leading composers of that epoch but also rarely played ones have been selected. The compositions will be performed by the Chamber Choir of Moscow Conservatoire (Artistic Director and recipient of the Presidential Grant for Culture and Arts – Alexander Soloviov), K. Szymanowski Quartet (soloist - Agatha Szymczewska) – with the support of the Polish Institute in Moscow, Nina  Gvamichava (harp), Nikolay Popov (flute), Igor Fyodorov (clarinet) and Natalia Frolova (piano).

The history of the festival:

In 2014, the music festival was held within a cross-cultural collaborative program of Great Britain and Russia for the first time. The idea of associating British and Russian cultures was realized in musical evenings. Among the participants of the first festival were: a splendid British vocal group The Tallis Scholars, which has recently celebrated its 40 years anniversary (artistic director and conductor - Peter Phillips), a famous Moscow Chamber Orchestra Musica Viva (artistic director and conductor - Alexander Rudin) and the choir Intrada.

The Second International Music Festival "Ambassadorial Gifts" was dedicated to the exhibition "Boris Godunov. From a Courtier to the Sovereign of All Russia". A variety of world music cultures of the 16th - 17th centuries was presented to the audience. Remarkable musicians from Russia, UK, France and Iran played at the improvised stages in the Museums’ Halls. An ensemble of old-time music Le Poeme Harmonique, founded by a well-known lutenist, guitarist and conductor Vincent Dumestre, Persian singer Hosein Nourshargh and the ensemble Caravan, as well as an extraordinary young Russian instrumental ensemble Questa Musica, took part at the concert.