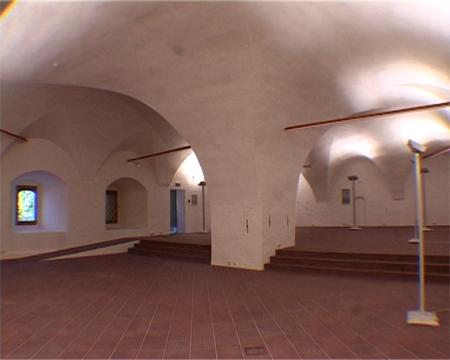 In 2003 the Moscow Kremlin architectural bureau and personnel of the Central Scientific-restoration Workshops launched a project of restoration of the One-Pillar Chamber dated to the XVIIth century. As a part of a great architectural complex of the Patriarch's Palace it was intended to become an exhibition hall upon completion of restoration works. The project incorporated the restoration of the monument to its original form, which was modified during numerous reconstructions of the XVIIIth-XXth centuries, the constructional reinforcement of the building, mounting of engineering services and interior re-equipping for the museum exposition.

One-Pillar Chamber is a vaulted hall, rectangular in plan, which is located under the Cross (or Chrism) Chamber. Its singular pillar is a central pier supporting the brick vaults. Numerous reconstructions, having been carried out on the Chamber's interior, altered the original forms of the hall, including window openings, doorways and a floor lever. The internal space was completed with partition walls, through-the-wall cells, ventilation ducts and stairs. From 1950s to 2000 the Chamber was used as a public place of convenience of the Moscow Kremlin Museums.

Upon completion of restoration works carried out in the complex of the Patriarch's Palace in the first half of 1960s an ancient white-stone staircase, opening a way from Cathedral square to the outer entrance hall of the second floor, has been rebuilt. The very reconstruction period resulted in the renovation of the second floor of the complex which was intended to be used as a museum hall. 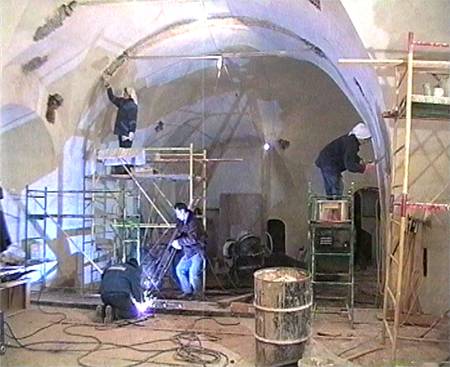 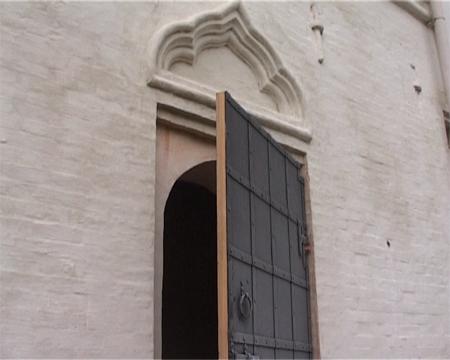 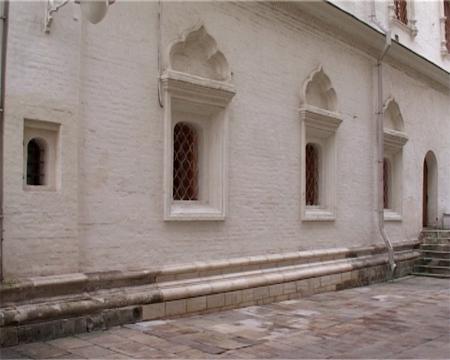 Restoration process of the chamber started in 2003 with scientific and engineering researches which revealed the original architectural forms of the monument and its technical characteristics. The reconditioning procedure of 2003-2004 included a removal of the latest constructions and dismantled through-the-wall cells and stairs, renovation of the bricked walling, of the pillar and vaulting. Original forms and placement of the window openings, doorways and decoration were reconstructed according to preserved fragments and similar pieces. Scientific investigations and subsequent findings of the same period served as a basis for the further reconstruction of the monument and of the hall for the museum exposition. In the northern wall, in the place occupied by re-equipment the western staircase between walls, archeologists have discovered –∞n ancient doorway to the outside of the building, construction and ornamental decor of which presented the original southern facade of the chamber. Later on the portal was intended to become the necessary evacuation exit. Walling and vaults of the hall have been also renovated; the chamber has been fitted with an air-conditioning system.

In September, 2005, the restoration of the One-Pillar Chamber interior and reequipment of the hall for the museum exposition were successfully completed. The unveiling of the monument involved the opening of the exhibition "The Wise Two" which was dedicated to the 400th Anniversary of Patriarch Nikon and 360th Anniversary of inauguration of Tsar Alexey Mikhailovich. During the restoration works the original view of the chamber was recovered. According to preserved fragments, records and scientific researches all the ancient window openings and doorways, through-the-wall cells and staircases have been reconstructed; exterior decoration of the apertures and the white-stone basement have been also restored. All engineering services, required for a museum hall, were concealed underneath; therefore they did not affect the historical forms of the chamber. 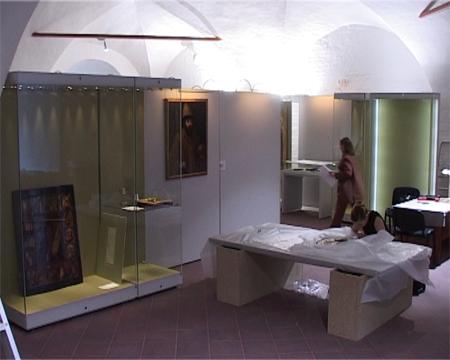 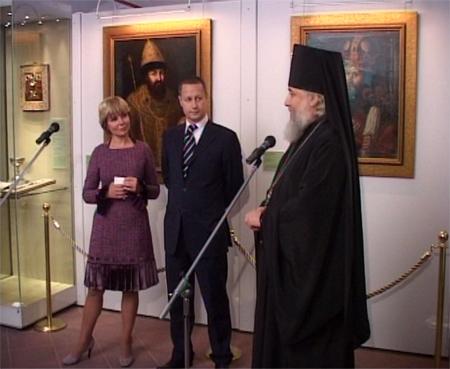 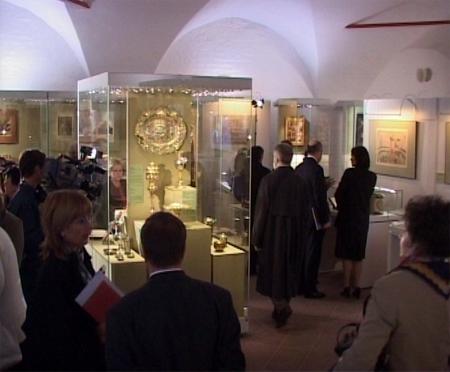 Restoration as well as finishing works, including facing operations, arrangement of floors and ceilings, installation of partition systems and doors, resulted in a successful renovation of the unique architectural monument of the mid XVIIth century.