Organized by:
The Moscow Kremlin Museums 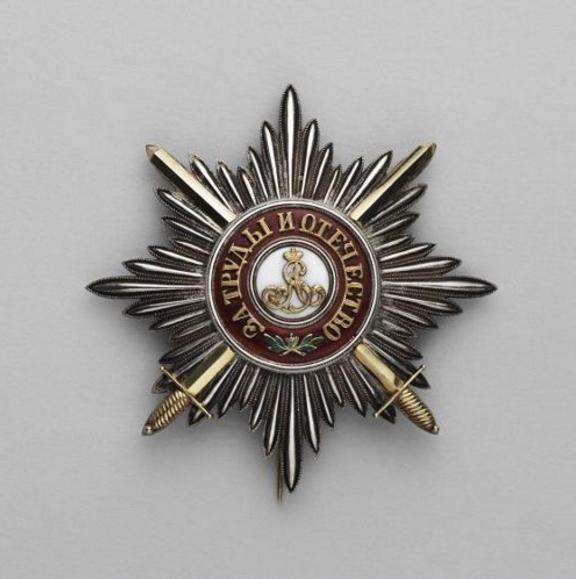 The exhibition held at the Samara Art Museum is one of the results of an effective cooperation between the Moscow Kremlin Museums and PJSC LUKOIL. Thanks to this tradition, a number of exhibitions, cultural and educational projects were organized across Russia.

The display “For Labors and the Homeland”, which resembles a motto of the Order of Alexander Nevsky, continues a series of the museum’s projects, devoted to the symbols of Russian statehood. At the same time, it became a new step in the exhibition practice of our museum. It is for the first time when the tradition of rewarding in an imperial and contemporary Russia is shown on such a large scale. Both the decorations in its entirety and variety and the items related to the history of the rewarding system of Russia are presented at the exhibition. Special attention is given to the feasts of order bearers, as it was of great importance in court ceremonies. The key of the display is a collection of rarities from the Capitulum of Russian orders, kept at the Kremlin treasury house.

The show covers the period from the late 17th century until 1917 and the period from 1991 until today. The principal part of the display is devoted to imperial orders. Among them are magnificent samples of insignia, presentation arms and true masterpieces of jeweller’s art, such as snuffboxes with the portraits of decoration holders, icons and Panagia with the images of patron saints of Russian decorations, as well as the plate with images of all the awards of Don Cossack Ataman M.I. Platov, commemorative medals and others.

Many exhibits have never been on display before; some of them were restored especially for this project. Among them is the icon of Anna the Prophetess from the aisle of St Alexander Nevsky of the Annunciation Cathedral of the Moscow Kremlin. Another unique object is a precious Panagia, remade by the order of Empress Anna Ioannovna from the star of the order belonged to her sister Princess Catherine. Due to this restoration work, it became evident that the Moscow Kremlin Museums own the oldest diamond star of the Russian order.

The artworks from funds of the Samara Art Museum, such as emperors' portraits and pieces from decoration dinner-services complement the display.

The awards displayed proclaim our state’s priorities, based on the respect of civil and military valour, acts of faith, allegiance and labours for the good of the country.