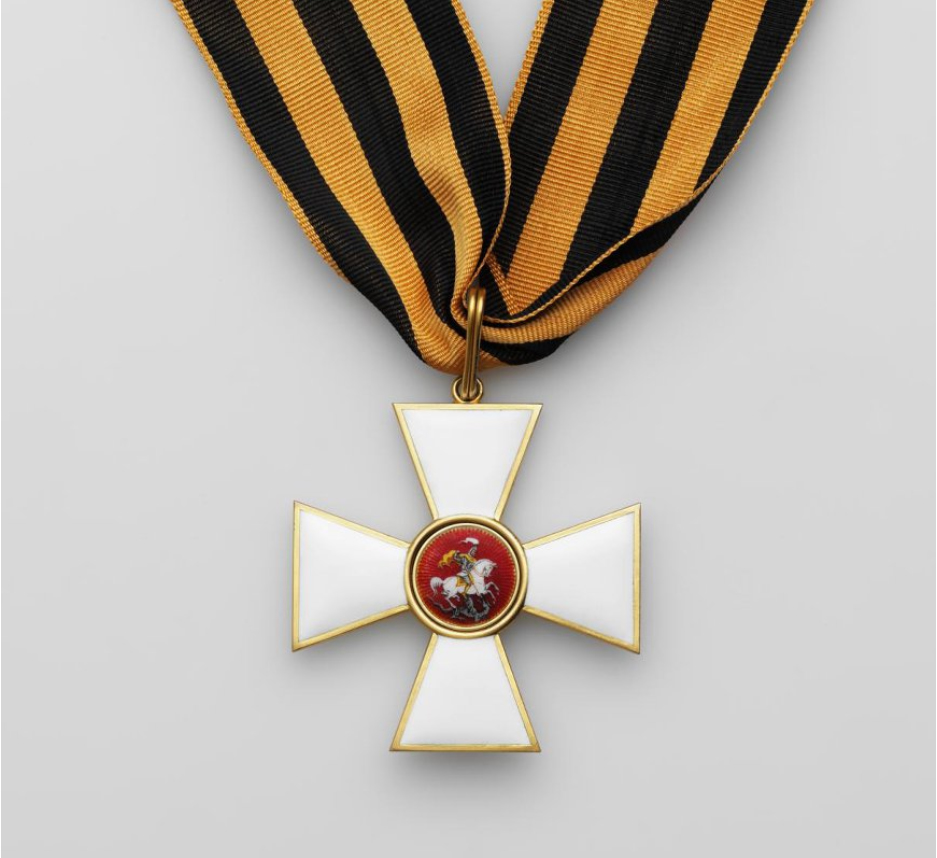 The display at the Palace in Kolomenskoye continues the series of projects dedicated to the 250th Anniversary of the Order of St George the Victorious, which was founded by Empress Catherine the Great in 1769. Twenty-seven objects from the collection of the Moscow Kremlin Museums complement the exposition.

Of special attention among them is a special memorial medal issued on the occasion of the foundation of the Order. Being the attribute of the highest honorary grant, personal medals were dedicated to the recipients of the Order of St George—renowned statesmen and commanders of the 18th-19th centuries. Awards founded in honour of Field Marshall General P.A. Rumyantsev and the legendary commander A.V. Suvorov are also presented at the exhibition.

It will be the first chance for the public to see a series of miniature portraits by V.I. Mikhailov showing heroes of the Patriotic War 1812. Another unique piece on display is a memorial snuffbox with the portrait of Field Marshall General Peter Wittgenstein, depicted in a uniform with the insignias of the Order of St George second class.