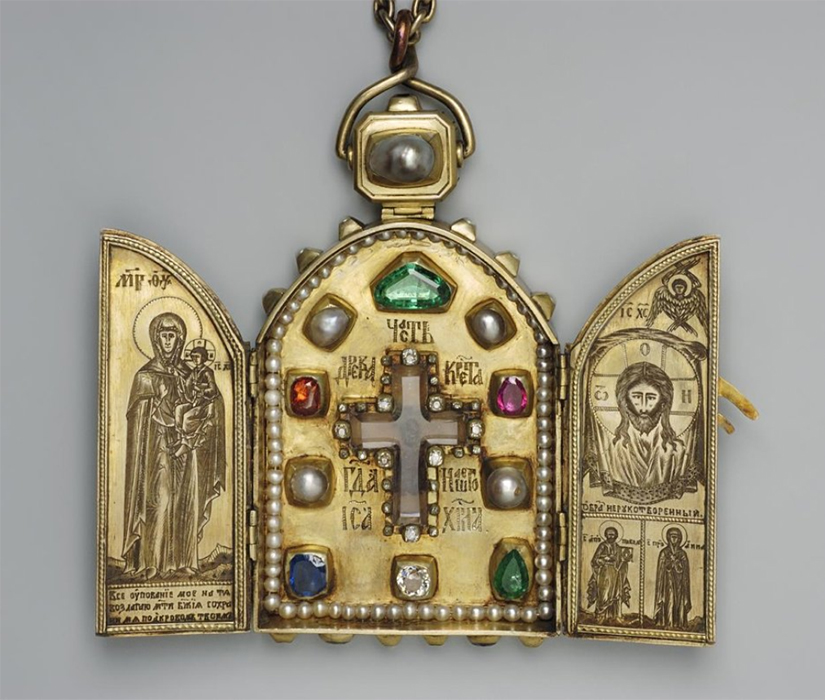 The Moscow Kremlin Museums take part in the exhibition dedicated to the 100th Anniversary of the Sergiev Posad State Historical and Art Museum and Heritage Site. For the first time, a single exhibition space will feature rare works of church art from the funds of the Sergiev Posad Museum and art pieces originating from the Holy Trinity-St. Sergius Lavra, at present carefully preserved in the storages of a number of Russian museums.

On display will be a group of unique pieces that came into the Kremlin's collection from the Holy Trinity-St. Sergius Lavra's Vestry in the 1920s. Most of them are inextricably linked with the names of the highly significant authority and religious figures in the history of Russia. An unusual object of the Kremlin masters' work is a gold support for a shrine lid, which is decorated with sapphires, emeralds and multicoloured enamel. It was donated to the monastery by Tsar Alexey Mikhailovich in 1671. Another noteworthy item is the early Renaissance silver double cup made in Nuremberg in the first half of the 16th century based on engravings by Heinrich Aldegrever and brothers Hieronymus and Lambert Hopfer, which was presented to Tsar Alexey Mikhailovich by the authorities of the Holy Trinity-St. Sergius Lavra in 1648.

Among the memorial pieces, there is a precious mitre bestowed to the Lavra's abbot Arseny Mogilyanskiy by Empress Elizaveta Petrovna on 25 November 1744, the day of the 3rd Anniversary of her accession to the throne, as well as two sets of objects associated with the name of Empress Catherine II. The epigonation and the cuffs were part of the magnificent "pearl vestry", created for the monastery in 1767-1771 on the order of the Empress and with the direct participation of Archimandrite Platon Levshin (future Metropolitan of Moscow) by court masters Daria Likhnovskaya, Johann Gan and Johann Forsh. The gold liturgical set decorated with diamonds, made by the famous court jeweller and manufacturer Iwar Wenfeld Buch, was donated by Empress Catherine II to the Lavra in 1795.

For the first time, visitors will see a small elegant folding icon created by Russian masters, which served as a reliquary for keeping a particle of the True Cross; it was contributed to the Holy Trinity-St. Sergius Laura in 1863 by the famous collector and philanthropist Pavel Sergeyevich Stroganov and his wife Countess Anna Dmitrievna, born Buturlina.