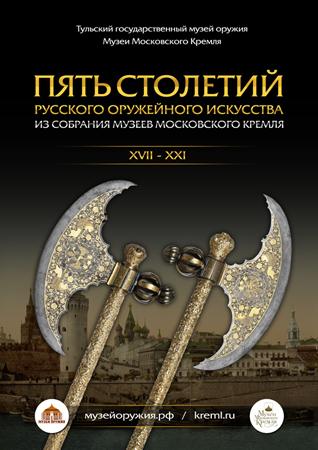 The Moscow Kremlin Museums provide support to the Tula State Arms Museum in carrying out an exhibition project dedicated to the history of arms production in Russia. Over a hundred masterpieces of the XVIIth-XXIth centuries are on loan from the Kremlin most remarkable collection of Russian arms, armour and military equipment, those of the earliest items are dated to the early XVIIth century. Through presented pieces of ceremonial arms and hunting weapons, horse trappings, award and memorial weapons, insignia the exhibition traces the development of the art of making arms and armour in the Russian State throughout almost five centuries and reveals the highest level of craftsmanship of the Russian gunsmiths.

Close ties and centuries-old interactions between the city of Tula and the oldest Russian museum have been established since the XVIIth century when Tula became recognized as one of the leading centers of arms production. The Tula skilled armourers have been passing on their experience from generation to generation. Tula arms, distinguished by the beauty of form and refinement of ornamentation, always occupy an important place within the Kremlin Armoury exposition.