Organised by:
the Ministry of Culture of the Russian Federation, the Moscow Kremlin Museums, Vladimir and Suzdal state historical, architectural and art museum-reserve 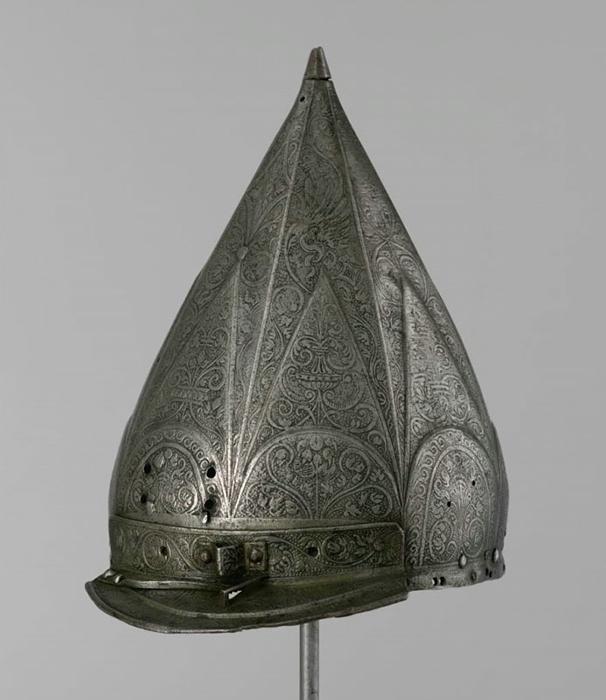 The exhibition in Vladimir continues the tradition of displaying masterpieces from the Moscow Kremlin Museums. It presents the famous collection of weapons and equipment, used during hunting ceremonies at the Russian royal court. Till the beginning of the 18th century these ceremonies were under the jurisdiction of the court chancelleries which were functioning in the Moscow Kremlin, therefore no other museum in Russia possesses such a distinguished collection of rarities relating to the history of royal hunting, as the Moscow Kremlin Museums do. The extant hunting arms and equipment of the Russian Tsars of the XVIIth century were crafted here, in the Kremlin workshops. In the early 19th century the ancient treasury was completed with masterpieces of the 18th-century hunting weapons, which had belonged to Russian Emperors.

Over eighty rarities reveal peculiarities of hunting ceremonies, tastes and personal preferences of the Russian Tsars and Emperors.

The exposition starts with sections, dedicated to Armoury and Stables treasuries of the Russian Tsars. It is hard to imagine the Royal Treasury of the 17th century without them. The sections introduce to the audience the production of the Armoury Chamber and Stables Office, where ceremonial arms and armour and precious horse harness have been executed and carefully preserved during several centuries.

Rare exhibits of Royal road equipment are displayed in the section which explores the way the Royal hunting ceremonial was organized, such as the riding kaftan with an embroidered image of the state emblem, horsecloth and pieces of riding equipment. They give a retrospective review of the development of the Russian hunting tradition at the Tsar's court. Having been one of the most popular amusements, hunt also served as ceremonial procession with its own etiquette and fashion.

Other sections of the display represent the hunting preferences of the first Tsars of the Romanov dynasty. Tsar Mikhail Fyodorovich preferred riding to hounds and bear baiting. The exhibition displays steel bear-spears, damascened with gold, which were used in bear hunting, as well as hunting amulets – bear claw pendants. Tsar Alexey Mikhailovich loved falconry with hunting birds, which involved the use of bow and arrows put into special quivers, called "saadaks". The shell bugle and hunting drum "tulumbas" adorn the exposition. The signal to the start of hunting was given with the help of this equipment. The exposed carbines, powder-flasks, cartridge boxes and harquebuses were used to hunt forest animals.

In the 18th century hunting became the amusing gallant entertainment, enjoyed by the Emperor Peter II and Empresses Anna Ioanovna, Elizaveta Petrovna and Catherine II.  The exhibition displays weapons owned by Russian sovereigns – the best pieces made by the leading Russian and Western European centers of arms and armor production. It includes ceremonial clothes of Peter II, rare weapons from the collection of Peter III, such as the pump air rifle, breech-loaded gun, carbine, arbalest, bear trap and others. Objects of “par force” hunting (when dogs drove game), such as collars and leash, are of special interest.

The exposition, presenting precious pieces of special decorations and accessories for hunting ceremonies, is completed by portraits of the Russian Tsars-hunters.

The exhibition is worth of visiting for everyone, interested in the Russian tradition of Royal hunting and ceremonies, accompanying it.