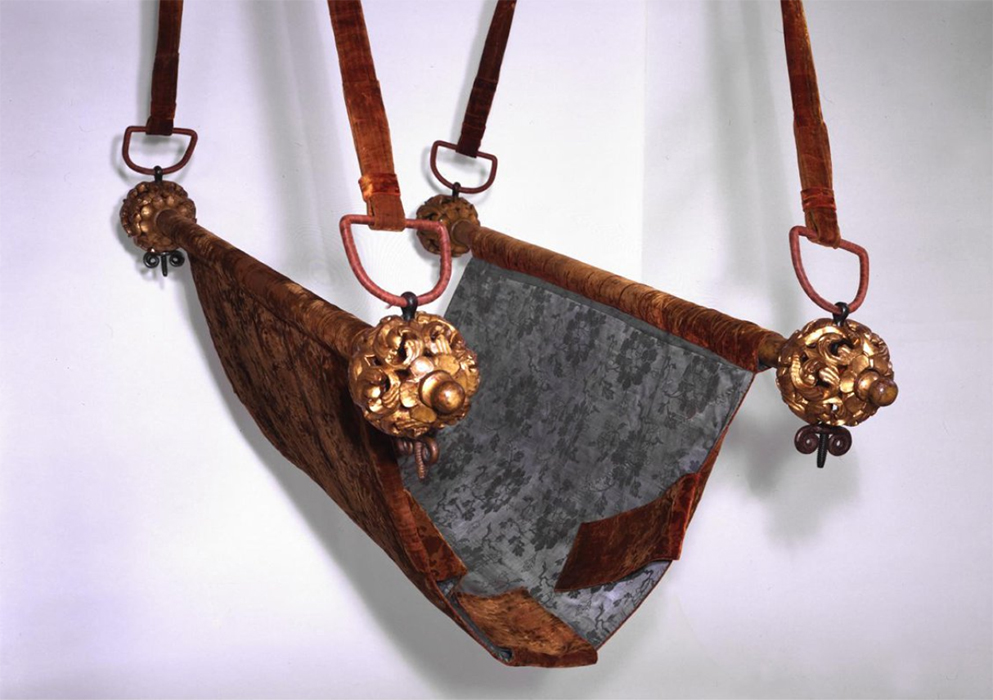 The exhibition at the State Historical Museum of the Southern Urals in Chelyabinsk is a part of the bilateral cultural initiative between the Moscow Kremlin Museums and the Government of the Chelyabinsk Region. It is dedicated to childbirth and childrearing in the family of the Russian sovereigns in the 16th-17th centuries.

Over 130 unique artworks of the mid-16th – early 18th century from the collection of the Moscow Kremlin Museums give an opportunity to discover special traditions and court ceremonies concerning various events and stages in the lives of the royal children. During several centuries the Moscow Kremlin was both the political centre of the Russian State and the residence of the sovereign and his family. Such a significant event as the birth of the heir to the throne took place exactly at the Kremlin; furthermore, the descendants spent their childhood and occasionally all their lives at the Kremlin chambers.

The display opens with the royal wedding section - an exclusive icon made to coincide with the wedding of Tsar Alexey Mikhailovich and Maria Iljinichna, wonderful miniatures illustrating 17th-century marriage ceremonies, and gilt wedding crowns, currently kept in the Kremlin Assumption Cathedral. The next section tells about childbirth and christening, traditions of making “measure icons” according to the height of a newborn baby, and holding banquets when celebrating the birth of a child. Liturgical veils donated by Tsar Feodor Ioannovich to the cathedral on the birth of his daughter Feodosiya, cap of Tsarevich Dmitry and sakkos of Patriarch Nikon which he wore when baptising Tsarevna Sophia Alexeyevna - all those pieces are special historical rarities of the Kremlin collection. Exhibited for the first time is the so-called “shirt”—the fetal bladder of the future Tsar Peter the Great, carefully preserved for over three hundred years. On display is a cradle made of Chinese velvet and wooden frame with carved gilt spheres on the edges, which, according to tradition, belonged to infant Peter.

The exhibition is rich in miniature toys, chess, children’s cold weapons and firearms, horse harness, various foreign rarities, books and textbooks of the 17th century, which illustrate children’s leisure activities, reading and writing learning as well as military activities. Of special interest is a Manuscript Abecedarium made by icon painter Karion Istomin for Tsarevich Alexey Petrovich. Precious smithery—caskets, mirrors, ryasny (temple pendants), earrings, rings and buttons—give an insight into a rather isolated everyday life of tsar’s daughters in the second half of the 16th and 17th century. Gifts from Danish Prince Valdemar to Russian Tsarevna Irina Mikhailovna and a sapphire ring of Tsarevna Ksenia Borisovna are fine examples of high-class craftsmanship.

For the first time, the Moscow Kremlin Museums introduces visitors to a special ceremonial of announcing a fourteen-year-old tsar’s son as heir to the throne. The ceremony wouldn’t have been complete without the Mandylion. The new status of the successor determined the choice of the gifts, which is illustrated by magnificent works of European goldsmiths presented to Tsarevich Ivan Ivanovich and Alexey Petrovich.

A number of pieces tell about the funeral tradition. Members of the Royal family were buried within the Kremlin—in the Archangel Cathedral and in the Ascension Cathedral of the Ascension Convent.

The last section brings us back to an exceptional historical event in the late 17th century when two brothers, fifteen-year-old Ivan and ten-year-old Peter (future Peter the Great), were enthroned simultaneously. A silver altar cross, a chalice and a holy water bowl is a joint donation of the two young tsars to their domestic churches.

The exhibition comprising masterpieces from the Kremlin Treasury in Chelyabinsk will complement the cultural agenda of the Urals and will be of interest to everyone fond of Russian history.