Organised by
The State Historical Museum 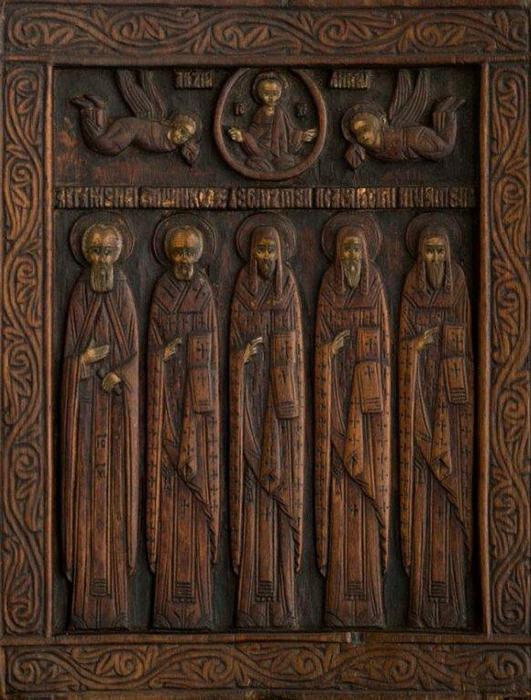 The Moscow Kremlin museums take part in the exhibition of the State Historical Museum, organized among the events carried out to the memory of Saint Prince Vladimir Equal-to-the-Apostles on the eve of the public memorable date, the Baptism Day of Rus.

The exposition incorporates a variety of museum objects, such as manuscripts, printed books, icons, engravings, pieces of arts and crafts, sculpture artworks, ecclesiastical objects and items of archaeological value.

The Moscow Kremlin Museums represent the relief icon of the XVIth century "The Rostov saints with St. Nicholas the Miracle-worker and Christ Emmanuel". It refers to the artworks associated with the artistic centre Rostov the Great, bearing common iconography, style, methods of carving and ornamental motifs.

There are figures of Saints Abraham, Nicolas, Leontius, Isaiah and Ignatius depicted on the icon. The composition with clearly recognizable lines of silhouettes is highly symmetrical and balanced. The image of the Rostov Saints together with Nicholas the Miracle-worker under the protection of Christ Emmanuel emphasized the significance of their worship glorifying the ancient Russian city Rostov the Great.