Organized by: The Moscow Kremlin Museums, The Bashkir State Art Museum of M.V.Nesterov 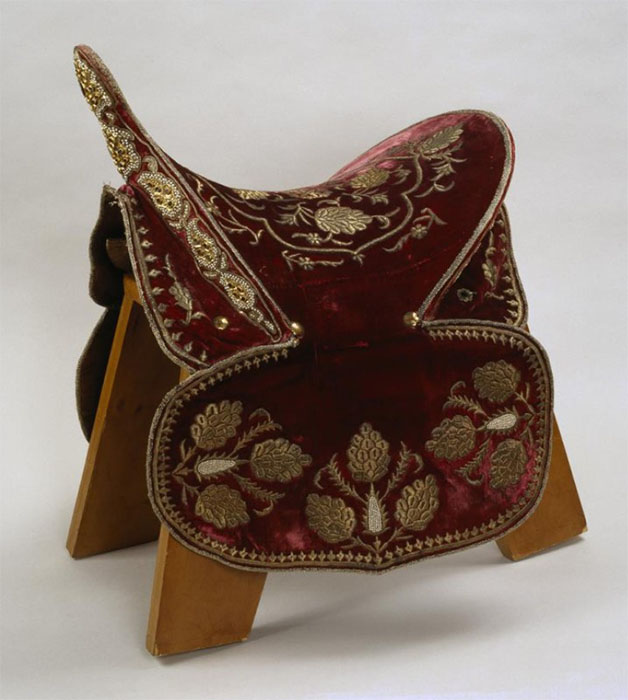 The Bashkir State Art Museum of M.V. Nesterov in Ufa was chosen as a venue for an exhibition aimed at reflecting an exceptional variety, memorial value and riches of the arms and armour collection of the Russian monarchs, preserved in the Moscow Kremlin Museums. The display includes pieces from the 17th-century Royal Treasury and the 18th-century arsenal of the sovereigns. Most of them have no analogues in other museum collections.

Arms and armour and horse harness had a significant role in different aspects of the court life — from coronations and ceremonial parades to military campaigns and hunting. Arms and armour collection, which has benefited from diplomatic gifts as well as works made at court workshops, demonstrated sovereign’s authority and status.

The exhibition presents various tendencies in arms and armour culture of the 17th-century Moscow state, showing outstanding samples of Russian, West European and Oriental ceremonial arms and armour. In that time the Armoury Chamber became the key artistic centre. Such pieces as a ceremonial axe, sabre, broadsword and koncerz, mace and six-flanged mace are exceptional samples of precious arms. Not less valuable were festive firearms—samples of those are also on display. A special place in Russian court ceremonies of the 17th century was given to a saadak—a set of horseman’s equipment consisting of a bow in a bow case and a quiver with arrows. Horse ceremonial harness made by Russian and Oriental masters and kept in the Stables Treasury was the gem of the royal procession. A very rare wootz steel sabre blade can be highlighted among the 17th-century exhibits. It was made by Rajab-Ali Isfahani and presented by the ambassador from the Iranian Shah to Tsar Mikhail Fyodorovich in 1675. Dutch cuirass and morion are considered to be the ambassadorial gifts from the stadtholder of the provinces of the Dutch Republic Prince Maurice of Orange. The helmet adorned with gold damascening was made in the Armoury Chamber by a prominent armourer and gunmaker Nikita Davydov for Tsar Mikhail Fyodorovich Romanov; among other important pieces can be mentioned a ceremonial mace, which history is connected with the name of the head of the Armoury Chamber— boyar B.M. Khitrovo.

The Armoury Chamber was the centre for high-class arms and armour production until the 18th century when court workshops transferred to St. Petersburg, the new capital of Russia. The new era was marked by the appearance and development of several arms and armour centres, among which the most important ones were Olonets and Tula. One century later, in 1810 the Imperial arsenal—known as the Rüstkammer of St. Petersburg—by the order of Emperor Alexander I was transferred to the Armoury Chamber of the Moscow Kremlin, which acquired the status of the museum in 1806. Its collection included elaborate arms and armour of Oriental and Russian masters. Among them is a dirk from the arms and armour collection of Peter I, hajduk sword (pallasch) with a gilded hilt that was used at the coronation ceremony of Catherine I, guard's épée of Anna Ioannovna’s epoch and Tula pistols with the monogram of Elizaveta Petrovna.