Exhibition hall of the Assumption Belfry,
One-Pillar Chamber of the Patriarch's Palace 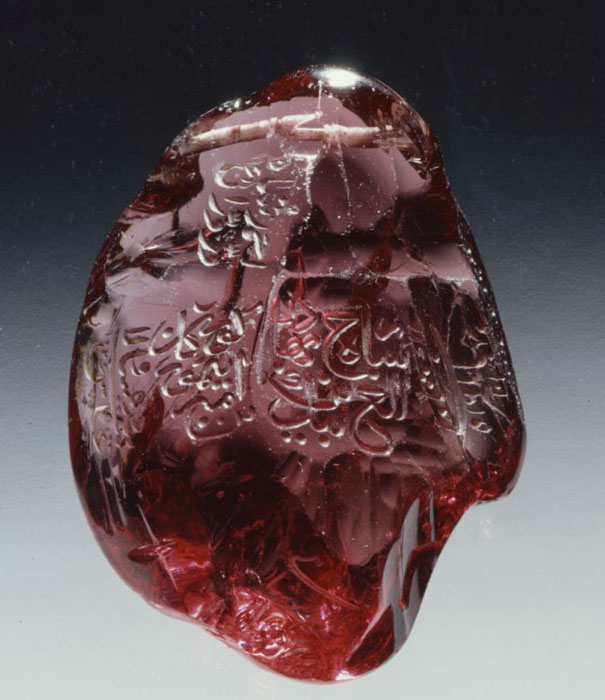 For the first time in its history the Moscow Kremlin Museums hosts such a remarkable exposition of approximately three hundred masterpieces of jewelry by the distinguished Indian and European makers, which are on loan from many museums and private collections of Europe and Asia. The sixteenth- to twentieth-century outstanding Indian artworks, including royal, ceremonial, and personal jewels, are brought together to reveal the diversity and peculiarities of forms and techniques within the tradition of jewelry-making in India.

The exhibition is the result of a fruitful collaboration between the Moscow Kremlin Museums and its partners. It presents the legacy of five hundred years of Indian jewelry, from the sixteenth century to the present and explores the distinctive and unique heritage of Indian jewelry: the striking boldness of South Indian jewels, the delicate refinement of the Mughal period, the flamboyant jewels of the maharajas, astonishing jewelry pieces created in the nineteenth and early twentieth centuries - the epoch of intensive cross-cultural influences between Europe and India, and the production of contemporary designers incorporating the enduring beauty of Indian design and the highest level of craftsmanship.

The projects covers the development of jeweler's art in various regions of India, the history of interactions among Persia, India, and Europe, the cultural exchange between European and Indian jewelry traditions.

A special place within the display is occupied by precious works dating back to the time of the Mughal Empire: jewels and jeweled accessories of all kinds as well as jewelry design drawings and miniature paintings. Delicacy and artistic beauty of the Mughal heritage endures today all over North India. Forms, designs, and techniques of manufacture have remained practically unchanged; they serve as inspiration to designers, craftsmen, and lovers of jewelry all around the world.

Artworks, worthy of particular note, are those referred to the mid nineteenth — early twentieth centuries, the period when European artistic styles and technical innovations had a certain influence on Indian jewelry design and manufacture, as well as Indian-style jewels created by the leading European jewelry houses. European famous jewelry firms such as Cartier, Chaumet, Lacloche Freres, Mauboussin, Mellerio, and Van Cleef & Arpels all turned to a rich Indian clientele and a lucrative Indian market and created a new genre of jewels that combined Indian color, motifs, and forms with European elegance and techniques. Colored and carved gemstones, such quintessentially Indian motifs as the boteh (the botanical form from which paisley florets are derived) and such forms as tassel earrings and animal-head bangles — they were all adopted by European jewelers.

The modern jewelry houses of India, represented within the project, Bhagat and The Gem Palace, both draw inspiration from India's past, and their jewels display the amazing continuity of hereditary craftsmanship skills. The late Munnu Kasliwal's designs for The Gem Palace have remained faithful to the classical heritage of a bygone age; The Gem Palace's jewels are grand, the designs exotic and eclectic, and the gems impressive. The elegant creations of Bhagat evoke the stylistics of the Mughal period. With a genius both original and distinctive, Viren Bhagat translates architectural silhouettes, flowering plants, and the geometric lines and symmetry of art deco into his designs.

Composed of Indian and European jewelry masterpieces from all over the world, the exhibition «India. Jewels that Enchanted the World» is expected to become one of the most exciting museum events of 2014 while making it possible for visitors to discover new aspects of the Indian and European art of jewelry-making.

Project is supported by