the Assumption Belfry and One-Pillar Chamber of the Patriarch's Palace

Organized by:
the Moscow Kremlin Museums 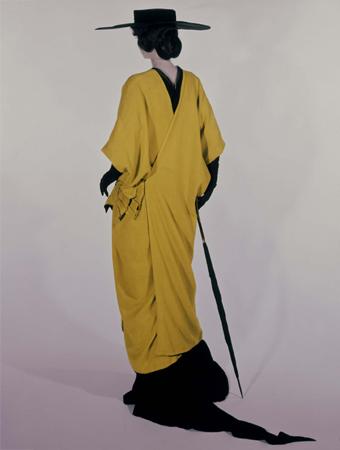 The exhibition is dedicated to the Poiret’s art of dressmaking and his innovative conception of woman’s clothing. Paul Poiret was one to revolutionize the fashion world in the early XXth century by liberating women from constricting undergarments and by provoking pivotal changes in the modern culture, the emergence of the so-called “stylistic” modernism in particular. The House of Poiret was established in 1903 in Paris and soon became a successful and highly-appreciated couture shop through the Poiret’s radical approach to dressmaking and his marketing strategy. Working out an image of a modern woman of fashion he has relied on skills of draping rather than tailoring and pattern making; he has neglected using of corsets and designed new styles of elegant clothing combining straight lines, oriental and antique motifs and rectangular forms and structural simplicity in general. His cocoon dresses, "harem" pantaloons and "lampshade" tunics, fashion shows and historical costume parties, organized as gala performances, were to mark the establishment of the paradigm of modern fashion, which irrevocably changed the direction of costume history.

Paul Poiret is believed to have revived the art of theatrical costume. He elevated photograph to the status of an artwork and pioneered a new marketing approach, having found his own perfume and cosmetics companies, as well as a decorative arts company. Poiret's house was intended to encompass interior utensils, furniture, decorations, and fragrance in addition to clothing. As a connoisseur of history of arts and fashion and talented entertainer as well, he has been delivering lectures and writing books and articles; he has mastered skills of painting and drawing, took part in theatrical performances and acted in films. As a result of his successful activity and distinguished service having been provided to his native country during twenty years Poiret was decorated with the National Order of the Legion of Honour. His portrait sculpture has been exposed in the Musée Grévin – a waxwork museum in Paris.

The exhibition introduces to the audience the outstanding innovations brought by Paul Poiret to the world of fashion and to the aesthetic of the modernistic culture. It explores his design projects and pursuits as a reflection and in relation to the dominant artistic discourses of the early XXth century: Cubism, Classicism, Orientalism, Symbolism, and Primitivism. The display presents the oeuvre of the artist from the beginning of his career as a modeler of the Houses of Jacques Doucet and Worth, where he learned many of the business strategies, to the time of his triumph at the International Exposition of Modern Industrial and Decorative Arts, when he was officially recognized as one of the creative inspirers of the Art-Deco style. The exhibition also reveals his collaboration with many renowned artists, such as Paul Iribe, George Barbier and Georges Lepape.

The most impressive and remarkable items by Poiret, significative of his expansive artistic vision, are on display, including famous unstructured garments, accessories, pieces of furniture, photographs and fashion illustrations from a number of limited-edition deluxe albums. The other Poiret’s talent can be traced in the series of delicate bottles and flacons invented for his fragrances, which were produced through his company Rosine, named after his first daughter.

The project has been supported by the well-known world’s museums, such as the Musée Galliera, also known as the Musée de la Mode de la Ville de Paris, the Musee International de perfumerie de Grass, the Victoria and Albert Museum of London and the State Hermitage Museum, the State Public Historical Library of Russia and the Library for Foreign Literature in Moscow.

The exhibition is accompanied by a catalogue, which has become the first edition in Russian language, which provides full illustrated information on the very artist.