the Front hall of the Armoury Chamber

Organized by:
the Moscow Kremlin Museums 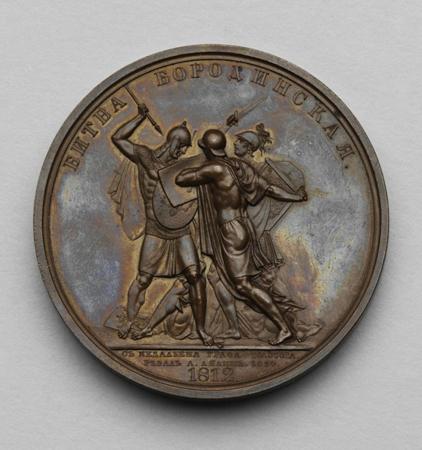 The Moscow Kremlin was the place to witness one of the most tragic events during the Patriotic War of 1812. After the largest and bloodiest battle of the French invasion of Russian near the village of Borodino was over, the Russian army, according to the Kutuzov's plan, had to retreat and move away from the battlefield, allowing Napoleon to occupy Moscow. The destiny of a newly established museum – the Armoury Chamber – turned out to depend on the consequences of the Napoleon's campaign for entering Moscow: the Russian Army retreated, the citizens were ordered to abandon the city and the Kremlin was to be burnt after the evacuation.

The exhibition is held as an attempt to pay a tribute to the celebrated courage of the Russian war heroes and selfless labour of the museum workers, who honourably performed their duties to their service and country.

The exposition incorporates the Alexander I's personal belongings, including arms, medals, uniform. The Cross of the Order of St. George of the Ist class, refused to be accepted by the Emperor as he did not consider himself worthy of such an award, is also on display. Trenchant policy and firm character of Alexander I contributed greatly to the victory over the French army. The colonel's (polkovnik's) coat of the Preobrazhensky Lifeguard regiment uniform, exposed within the project, could have been worn by the Emperor in July 1812 during his trip to Moscow. In spite of all the trouble he has taken and problems, which were to be solved in wartime, Alexander I of Russia found a moment to visit the Armoury Chamber, as if he tried to derive encouragement and a will to fight from the artifacts of the past, which illustrate the splendour and power of the country.

The exposed documents and records help to trace the further period of the museum's restoration and introduce the project of the construction of a triumphal column in Moscow, designed to be executed from the French artillery pieces, which had been captured during the war. The visitors will observe commemorative medals, executed to mark the victory of the Russian army in the battles of 1812-1813 and the liberation of the Russian and European cities, the paintings and drawings based on themes of the Patriotic War of 1812.

A group of gifts, donated to Prince Fabian Gottlieb von der Osten-Sacken, who was appointed the governor-general of Paris, and to the commander of the corps of occupation in France Mikhail Vorontsov, testifies that the delicate diplomacy and praiseworthy behavior of the Russian troops in the time of the Paris occupation deserved the thanks and met the approval of the French themselves.

This exhibition presents precious relics illustrating one of the most remarkable pages in the history of Russia.