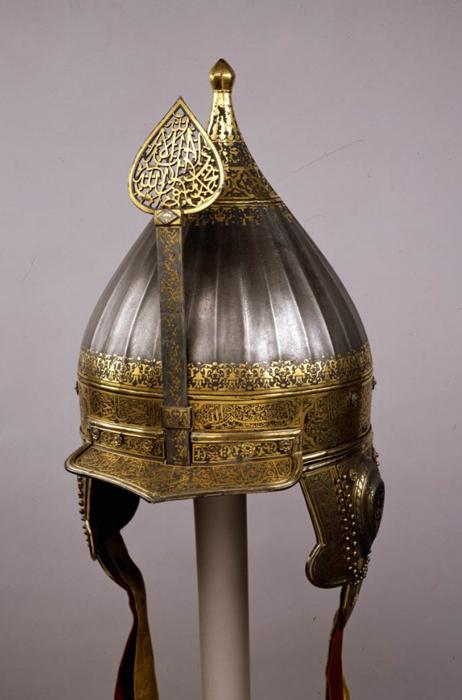 The Calouste Gulbenkian hosts a remarkable exposition of about 60 masterpieces offered as lavish gifts and tributes by the Ottomans and Safavids to the Tsars through large embassies, diplomatic missions, and trade delegations. The exhibition explores the history and peculiarities of active diplomatic and trade relations between Russia and eastern countries starting from the period of the Golden Horde.

Ranging in date from the late XVIth century to the late XVIIth century, artworks from the Kremlin collection include rarely seen arms and armor, bejeweled ceremonial vessels, state regalia, church utensils and vestments, intended for the Russian court or the Orthodox Church.

The exposition reveals the artistic excellence of the presented historical relics, their artistic and cultural impact, and the aesthetic and ceremonial etiquette they inspired, that became a defining characteristic of the Russian court and of the XVIIth century.

"This exhibition is noteworthy for being the first time that a Portuguese museum has presented these pieces, which are striking for the richness of the precious stones that decorate them, the sumptuous fabrics from which many of the objects are made, and their hitherto unprecedented originality. It will certainly constitute one of the most remarkable and original series of pieces ever presented at the Calouste Gulbenkian Museum."*

From the official website of the Calouste Gulbenkian Museum.