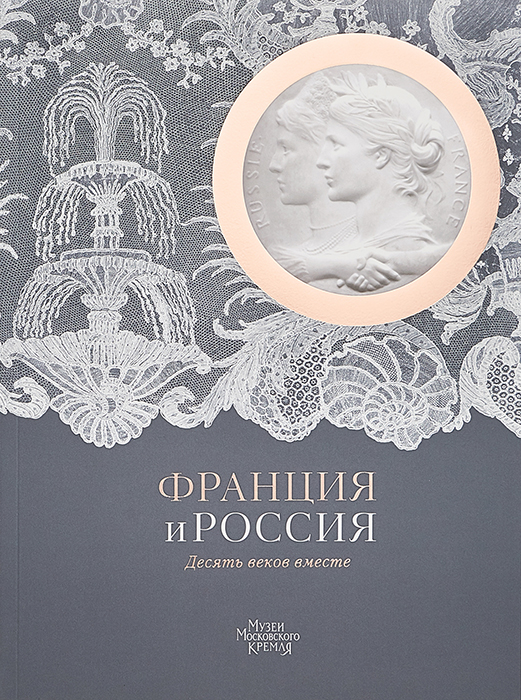 Language: Russian, photo captions and summary in English as well.

This catalogue is timed to coincide with the similarly named exhibition in the Moscow Kremlin Museums. It is dedicated to key milestones of the centuries-old history of Russian-French relations, as well as prominent figures, which have contributed to the development of the Russian-French relationship in diplomatic, scientific, cultural and artistic spheres.

The issue comprises three sections: "Interstate Contacts In Medieval Epoch and The First Romanov's Embassies", "Studying French Experience: Spiritual Closing and Enlightened Engagement", and "Confrontation with the First Republic — the Alliance with the Third Republic", which covers the history of Russian-French contacts, beginning with the 11th century, when Anna Yaroslavna, daughter of Grand Prince Yaroslav the Wise, married King Henri I of France, and till the end of the Romanov dynasty.

The catalogue is accomplished with many illustrations, presenting over 200 exhibits from the top Russian, French and British collections — magnificent pieces of art created by talented French and Russian masters, books and documents concerning destinies of eminent state figures, scientists and literary men. The universal past of the two great powers is shown in the book as a complex, living and polyphonic process, as a dialogue through the centuries, based on mutual interest and long-standing cultural ties between our peoples.